My Journey by Lisa Poulos

What a life I have had working in fashion– the parties, the people and, not to mention, the fabulous clothes, shoes and accessories.  My life like everyone else’s was a juggling act – managing 2 gorgeous boys and their hectic schedules and my work.

But in February 2007 an accident in a taxi in Melbourne changed my life and took it on an unexpected turn. It wasn’t my life story anymore but a total ‘put the manuscript through the shredder and commission a rewrite’.

The accident broke a few ribs and my nose and from this time I had a pain that did not go away in my right breast. Having had a mammogram in December 2006 proved negative so cancer did not enter my mind let alone my doctor’s.

I was told I was still healing from the accident, advised to go home, rest and not worry.  Two months later, things worsened.   I was chronically tired, there was an obvious lump and it hurt. People said to me  “cancer does not hurt”.

After another visit to the GP, showing them the lump, telling them I was not feeling well I was sent for another Mammogram and Ultrasound – both came back negative.  I was then spoken to like a child and told it was all in my head.  This was so hard for me as I knew it was not in my head and I was feeling shocking as the pain continued and the lump got bigger.

After pushing the doctors to send me to a breast specialist in September 2007, seven months after the accident – I asked to see a Breast Specialist.  I asked him to do a biopsy on the growing lump.

Whilst performing the biopsy, another three lumps were found– at this time I was told not to worry as they were more than likely cysts. I really did not imagine or worry that this was cancer, due to having all the mammograms, ultrasounds and the conviction of the doctors, but I was determined to find out exactly what it was so that I could relax and stop worrying about it all.

After two weeks of waiting and being called in by the Breast Specialist, I went in with a very close girlfriend and we sat in the doctor’s surgery looking through weekly magazines and they happened to have a story on stars who had boob jobs.  We both feeling grateful that we would never have to do anything like this!

The doctor came into the surgery and asked us both to come in. I told my friend there was no need that she could wait for me in the reception.  I sat down, the doctors said “You have cancer”.  I got up, opened the door and asked my friend to come in with me.

The traumatic details were shared with me on what would have to happen for me to survive.  My head was spinning and I though I was going to be sick.

There is no history of breast cancer in my family, I eat well, practise yoga regularly and don’t live a daily hedonistic lifestyle – so it was completely out of the blue for this 40 something year old.

Like most things in my life, I did not do it by halves, I was told that I had four tumours across both breasts –  3 of which were Insitu Carcinoma’s – in layman’s terms, they were developed and spreading.

The prognosis at the time was not great – and all I kept thinking I did not want my boys not to have their mum in their lives. Within a few weeks, after an official ‘booby farewell party’ with friends and family, I was in hospital having a radical bi-lateral mastectomy (both breasts removed).  Just prior to my surgery, my surgeon shared that in 30 years of doing this surgery, he had not regretted removing a woman’s breast – until today.  Clearly I had great breasts – thank goodness I flaunted them for all those years.

During the surgery, the doctors tracked the cancer and unfortunately it had spread to my lymph nodes on both sides.

This meant that my fight was going to be a lot harder than I’d hoped.  Four weeks later, I started a very heavy-duty course of chemotherapy.

This lasted six months.  Dealing with losing my breasts was one thing, NOW I had to deal with losing my hair and even the possibility of my nails.  Talk about pushing that coping envelope – even if it did come with free Brazillian.

It was when I looked into a mirror and questioned who it was I was looking at, as I did not recognise the person, that I knew I had changed.   Mind you if the truth be known, when I lost all my hair, I was hoping that I would look like Sinead O’Connor – unfortunately I looked more like Uncle Fester.

One thing was for sure, I did not look the same – BUT the interesting thing was I still felt like me and I held onto this.

Within 12 months I started the process of reconstruction which is another 3 operations over 6 months.

I am often asked how I got through such a horrible time in my life. My response is that it was the support from my family, the kindness and love from my friends and the incredible doctors who worked so hard to make me well again.

A close friend of mine from Bali told me to be grateful for what I have, not what I did not.  Be grateful for the hospital, the hospital bed, the nurses taking good care of me – think about those people who are in my situation, who do not have such luxuries to help them heal.

The other thing that really helped me on this journey was the extraordinary abundance of human kindness from family, friends and the industry.  The phone calls, the small gestures, the laughs, the flowers, the gifts, text messages of love and not forgetting those all important hugs.

I always thought of myself as a good human being but now more than ever I believe in living in the moment, valuing this precious life we have, showing care and kindness to others, valuing friends and family and being true to yourself.  Even in this crazy business world of ours –  this is still possible.

These days, you would have to be living a very isolated life indeed not to know that breast cancer is the most common cancer among Australian women, and, sadly, the leading cause of cancer-related deaths.

More than 13,000 new cases are expected this year alone, and more than 2,640 women will die from the disease in a single year.

These are devastating statistics, which is why research into the prevention and cure of breast cancer is vital not just for those who suffer from the disease, but for their loved ones. Cancer affects everyone – the victim, the partners, the children, the grandparents, the whole community.

We are all in some way, whether big or small, touched by this disease. We can all share stories of loss, courage, incredible resilience and survival.

We are privileged to work as part of a creative industry that brings joy to people –  aspiring people to feel good, look good and feel great about themselves.  We all play an important role in helping breast cancer suffers and survivors.

I am sharing my journey as I want people to see that they need to be thankful and joyful and come together so we don’t forget WHAT this disease has done and is doing to women.


The photo essay was produced with the love of a group of industry people who gave their time and expertise to create these incredible shots to show women that through this long and harrowing journey, you learn about yourself, things you could not imagine, you see yourself change physically and mentally in a more profound way than at any other time in your life and you can see clearly that you are in the driver’s seat and you can come back looking good and feeling better. 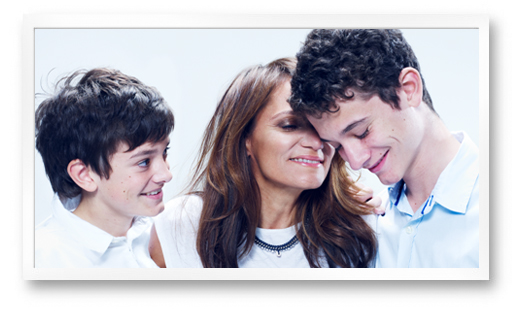